Ariadne’s Thread And The Minotaur 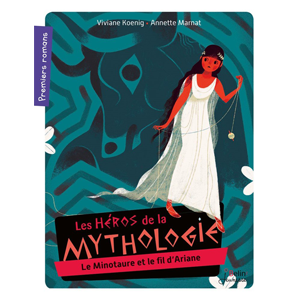 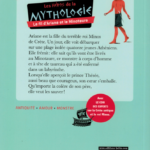 Theseus and the Minotaur: a breathtaking Greek myth retold for young readers.

Ariadne, daughter of King Minos of Crete, trembled when she saw fourteen young Athenians arrive on the island. She knew that they would become fodder for the Minotaur, a monster with a man’s body and a bull’s head who lived in a labyrinth. This was the terrible tribute that Athens had to pay her father every nine years, ever since he had subjugated the city. When she saw Prince Theseus, as brave as he was handsome, her heart missed a beat. At that moment, she decided to help the Athenians. She immediately ran to see Daedalus, her architect friend who had designed the labyrinth.