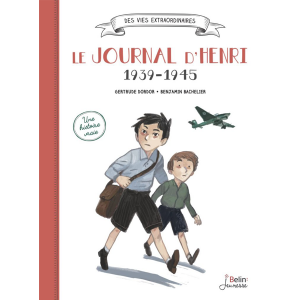 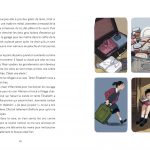 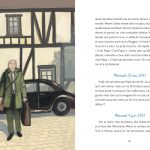 The amazing true story of a child who grew up during World War II.

On 27th July 1939, Henri was eight years old when his father was called up. He lived in Evreux, one of those French towns that was to suffer most during the conflict. Through his diary, he tells us about his family life and his school friends: the phoney war, the bombings, being a refugee, ration coupons, the arrival of the Nazis, France divided into two, the terror exercised by the Feldgendarmes… But also the small pleasures of everyday live – for life went on, come what may: the Thursday afternoons spent with his friend Marie-Anne, his vegetable patch, the magical time spent with farmers, the BBC, the joy of seeing the Americans after the Normandy landings… On 9th May 1945, France was liberated. Henri was 13. This story is complemented by two fact pages containing the major dates as well as documents of the time. This is a poignant story drawn from the experiences of the author’s brother, from their parents’ letters and from other contemporary sources. A story about World War II in tune with “the need to remember”.