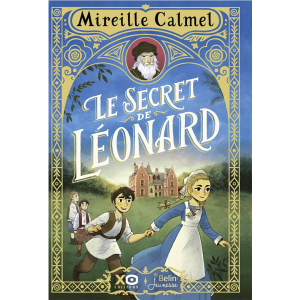 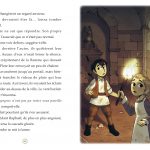 Mireille Calmel’s first novel for children – the historical novel that will be a summer page- turner! At the chateau of Amboise, the great master Leonardo da Vinci has just died. But someone has stolen his sketch of The Flying Wing, one of his greatest inventions. Who has stolen it and why? Above all, the King – Francis I – must not notice that it has disappeared. In a race against time, four children – Flore, Raphaël, Louis and Pierre – begin a breathtaking chase through the underground passages of the chateau.

Mireille Calmel (author) is a best-selling author with a score of historical novels to her credit (published by XO). All have been best-sellers, both in France (where 1.7 million copies have been sold) and abroad, where her translated works sell in a dozen or so countries.

8000 copies have been sold in France