The first woman filmmaker. The diaries of Alice Guy 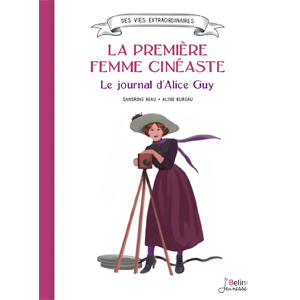 The incredible story of the woman who invented cinema.

In 1894, Alice Guy was secretary to Mr Gaumont at the French Photographic Agency. After seeing films made by the Lumière Brothers, she knew there was only one thing she wanted to do: tell stories through film. This book tells her own story –from her first film to founding her own production studio in the USA – and shows how this often neglected figure was an exceptional creative force.

This is the third title in the beautifully-illustrated “Extraordinary Lives” series, which recounts the lives of courageous, inspirational people in the first person.