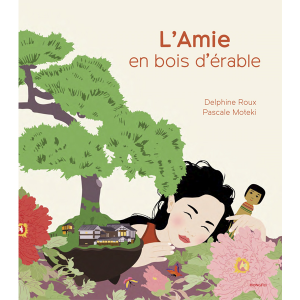 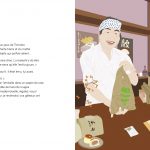 Sometimes, in their own way and unpredictably, objects weave bonds between humans.

Tomoko, a sensitive and inquisitive little girl, received a gift from her aunt: a Kokeshi doll made of maple wood. She adored it and made it her friend for every moment of her life. But one stormy morning, she lost it. Her aunt, then her master potter at school soothed the child. Later, when Tomoko had become a ceramist, she delivered an order to a pastry shop and was stunned to see in the window… her friend Kokeshi. The baker explained that his late wife had found it on the street and he had been taking care of it ever since. He had put it there as a memento. Tokomo was touched. She winked at her maple-wood friend and felt her heart glowing with joy.