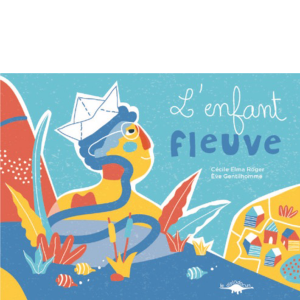 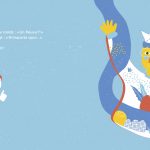 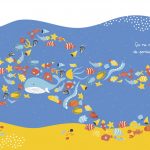 Just now, in front of everyone, Abel declared proudly: “When I will grow up, I will be a river”. Despite the other kids who try to demolish his crazy dream, he persists in his optimism with his head held high. If he were a river, he wouldn’t have legs anymore but he would be able to run faster than ever and cross the entire continents. One could think that he would be lonely but he would be surrounded by fish, crustaceans… and even mermaids… until the moment when a thought of pollution doesn’t leave place to optimism! Luckily, the other kids decide to clean the filthy waters in order to give the beauty of his dream back to Abel. As a matter of fact, if there is no problem in becoming a river, why not to become a desert, a mountain, a tree?

The river child is a fable about the force of imagination that helps to increase the readers’ awareness of ecology.