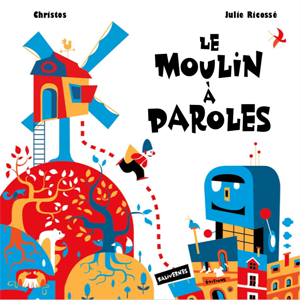 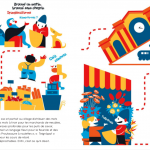 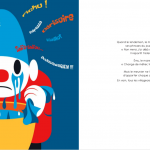 The words mill was built on a hill, above the village, where it could catch all the whispers and conversations coming from there. The syllables were dancing in its colored blades while it was creating new words and fresh sentences. One day, the mayor decided the mill was old fashioned and bought a modern words distributor. The villagers all wanted to try this new machine, but once the excitement was gone, everyone was becoming sad and bored… Indeed, the distributor was always giving the same words and sentences for every occasion, without any invention. The kids decided to act: they needed fun and unexpected expressions to use at school. They tricked the machine so that it would upset everybody. All the villagers then punched and kicked it and called for the words mill to be used again, as it was way more creative and entertaining!