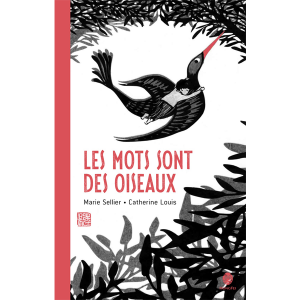 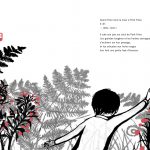 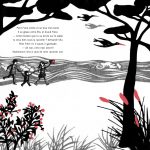 Finding within oneself the resources to overcome disappointment and cope with loneliness.

Little Brother was cheerful: Elder Brother was taking him for a walk to the sea and to Shu. At every step, he listened to nature. As for Older Brother, he was impatient. Little brother reckoned he could do some pirouettes while listening to the stories invented by Shu. However, lovebirds are so boring! : all they care about is themselves. So, in order to cope with his disappointment, Little Brother told himself stories inspired by the birds flying above in the sky. He even invented signs that he would trace on the sand. Shu and Older Brother didn’t know what they were missing when a mere piece of wood was enough to imagine a new writing.

Discover More Books
Trembling House
The Blue of the Sky
Émile and Félix
Shall we see the sea
Little Worlds
Archibald and his kittens
What makes us human
My dad, my rock