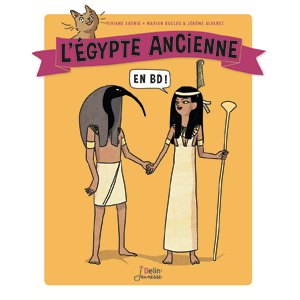 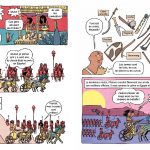 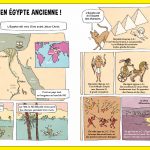 Welcome to Ancient Egypt! Mittet the cat will lead you to the land of the Pharaohs. Come inside the king’s palace and partake in musical dinners at night, hunts in the desert during the day and battle preparations with the Pharaoh Ahmose. Then, on the banks of Nile River, meet peasants and artisans before following the priests into the temples where they serve the gods. What does a scribe do? How do the pharaohs get dressed in their finery? In which gods and goddesses do the ancient Egyptians believe? How do they prepare the mummies? The everyday life of the Pharaoh, his family, servants and priests will no longer be a mystery to you!