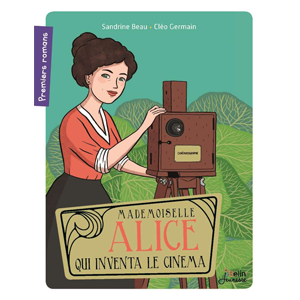 In 1895, Alice Guy, whom everyone called Mademoiselle Alice, was a secretary at a photographic company that was later to become the Gaumont studios. It was there that she saw the first film of the Lumière Brothers: La Sortie des usines Lumière (Workers Leaving The Lumière Factory At The End Of The Day). It astounded her and, from then on, she had only one desire: to write and direct her own short films. Her boss, Mr Gaumont, gave her carte blanche. So began the career of a perfectionist who, with enormous enthusiasm as well as skills in every aspect of cinema, went on to make 400 films. She would add colour and sound to the images and eventually create her own production company in the USA.