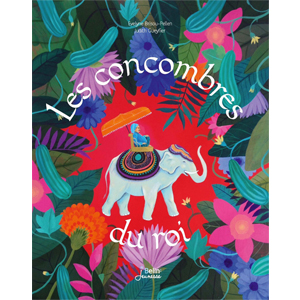 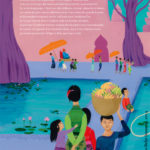 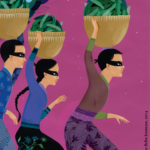 Once upon a time there was a king who lived in Angkor in Cambodia. He was very greedy and nothing seemed to satisfy his appetite. Everyday, he demanded a new dish and if it did not please him, he went into a terrible rage. Extraordinary vegetables and fruits grew in gardens throughout the kingdom and yet the king was too busy eating and scolding his servants to get to know his own gardener, Trasak, a young man who fell in love with Indra, the king’s daughter. One day the king caught them together and, as punishment, ordered his daughter to be imprisoned in a tower. Trasak was to be executed. But Indra decided to stand up against her father’s tyranny.