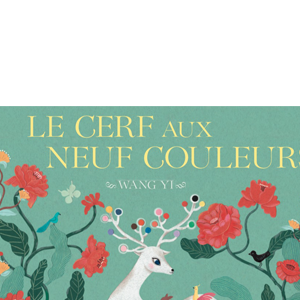 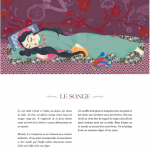 The Nine-Colour Stag is so altruistic it rushed to the rescue of some men, who proved totally ungrateful.

In a desert in China, travellers trapped by a sandstorm are rescued by a nine-colour Stag. It has now ventured into the open and now runs the risk of getting caught. Indeed, the king has decided to hunt it down and promised a reward to anyone that helped. A flute player undertakes to guide the Royal army. Once upon a time, however, this man was saved from drowning by the Stag. Soon, the king arrives at the Black Lake, home to the fabulous beast….

After several twists and turns, the Stag will emerge from the confrontation unscathed; and convince the king of the vanity of his quest. Never to be seen again, though…