Travelling in my garden 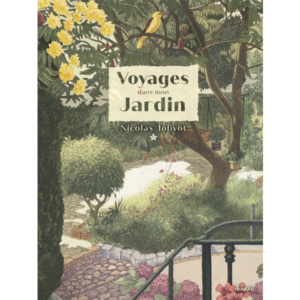 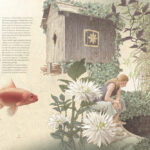 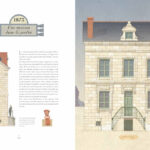 Autumn 2019. After years of travelling the world, Nicolas Jolivot decides, in an incredible anticipation of confinement, to stay at home for a year with the project of travelling in his garden. A 200 year old living garden.

Just 200 years old! That is the age of Nicolas Jolivot’s family garden. His “garden” is his own, he says, only because of “the sum of the moments when he finds himself there”. On the occasion of this anniversary, it is through the medium of time that the author traces the portrait of this piece of land and all that inhabits it, living or memories.

Going back to 1821, to the origins of a singular garden and to the farthest reaches of a family memory, the author traces the major stages in the history of the place to the present day. At the same time, he unfolds a year of life and activities of nature in this garden. He takes the reader as close as possible to what happens on the ground or from the sky, along a tree or in the pond, under his footsteps as a traveller in the garden or under his gardening tool.

Discover More Books
Nina’s pianos. The life of Nina Simone told by her pianos
The zebra and the prisoner
Cutie
Sight stories
When is the summer?
Show yourself, mountain!
The Dog Book
The finger